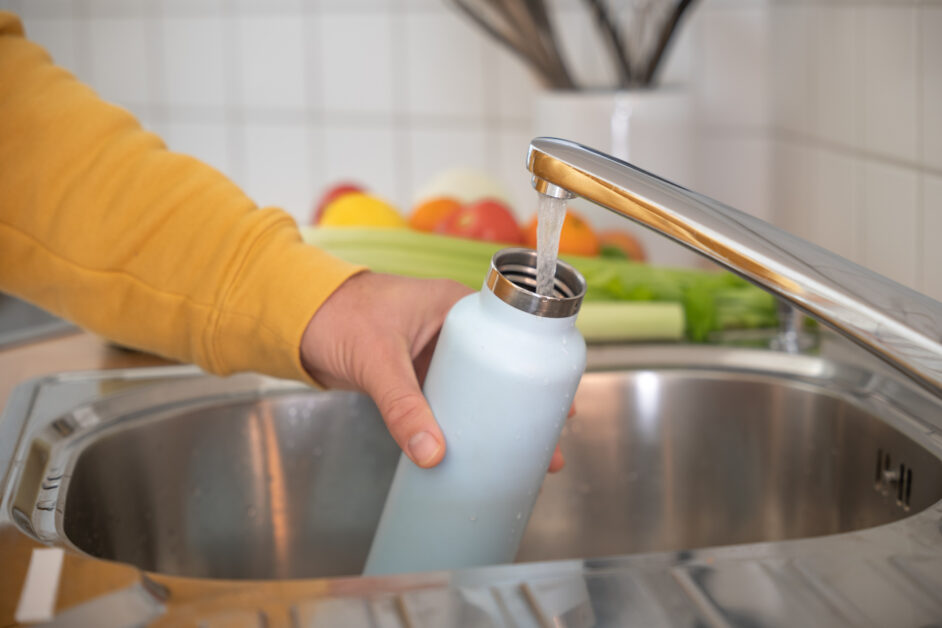 Reports indicate that up to 90 percent of American homes have hard water. Metallic minerals such as calcium and magnesium are primarily responsible for most internal plumbing corrosion, faucet and fixture build up and appliance detriment. Living with scale build-up means having to deal with a plethora of small annoyances that add up to big problems.

These annoyances range from having dull finishes, clogged faucets, damaged showerheads, and damaged appliances. Hard water also reduces the ability of soap to lather, which makes washing and cleaning a hassle.  Excessive hardness minerals can also be impactful to healthy skin and hair.

Luckily, hard water and scale build-up issues are easy to address. There are different water treatment options on the market that can help you to make hard water a problem of the past. Anti-scale systems and water softeners are the two most popular options.

An anti-scale system, also referred to sometimes as a water conditioner, is a water treatment system that works to reduce scale build-up. A water softener, on the other hand, is a filtration system that removes hard minerals from water all together. Both systems are similar in the sense that they help to prevent scale build-up, but different greatly in functionality and ultimately, the end result.

Anti-scale systems only aim to alter the mineral structure

Anti-scale systems and water softeners use different mechanisms to prevent and reduce scale build-up. Anti-scale systems prevent scale from building up and sticking to the surfaces that hard water comes into contact with.

Anti-scale systems use a magnetic field to charge mineral particles in the water. The process methodically converts hard minerals from ion form into a smaller, crystalline form. This causes the small mineral particles to stay in the water, instead of being deposited within plumbing and on surfaces.  Often, anti-scale systems still yield mineral build-up in faucets, fixtures and appliances despite the anti-scale process, minerals still remain and are dispersed at water outlets.

Over a longer period of use, anti-scale systems have been shown to be helpful in preventing additional scale buildup from the walls of water storage tanks and water pipes. The scientific explanation for this is given by alleging that the charged particles transmit some of their energy to scale deposits, thus breaking them down slowly. This proves that anti-scale systems can have some positive effects on plumbing.

While anti-scale systems only alter the mineral structure of the minerals in the water, water softeners change the chemical composition of the water. They remove minerals through an ion exchange process.

Water softening systems have polystyrene beads, known as resin, that are charged with sodium chloride ions. Once hard water passes over the polystyrene beads, the sodium chloride ions and the mineral ions swap. This frees the water from minerals. The amount of minerals in the water is reduced significantly or even completely, such that it prevents scaling altogether as the elements are inherently removed.

Although anti-scale systems make scale less likely to deposit in the pipes and minimize the cleanup needed on water surfaces, they do not soften water. The water that flows through the pipes remains hard with mineral content. This means that anti-scale systems are not a complete solution.

Since anti-scale systems do not soften hard water, they cannot help you escape many of the hard water problems you may be experiencing. You may not have to deal with clogged pipes, but all the other problems will still persist. For instance, when the water dries on surfaces such as sinks, countertops, and glassware, the mineral spotting will still be visible. Also, soap won’t lather, and it will leave scum mess on your sinks, tubs, dishes, and other surfaces.

While anti-scale systems do not soften hard water, water softeners, as their name suggests, are designed to soften hard water. They remove minerals from water, which not only prevents scale build-up on surfaces, but it also softens the water.

When you have a water softening system, you will not have to endure the problems that those with anti-scale systems have. Instead, you’ll enjoy a host of benefits that come using soft water. For instance, your pipes and appliances will run more efficiently and last longer due to the absence of scale build-up. You’ll also not have a hard time when washing clothes, as soap will lather easily.

Water softening also has several cost benefits. For instance, smooth-running appliances consume less energy, so you will ultimately save on energy costs. Soft water also requires less soap to produce lather, which means that you will spend less on soap. Soft water is also gentle on clothes and does not cause staining. You’ll also not have to spend unnecessarily on expensive hair and skin products because the soft water will be much more gentle on you.

So, Which Option Wins?

Water softeners are generally considered the most effective and practical solution for eliminating hard water and scale build-up problems. If you’re suffering from hard water full of magnesium, calcium, and other minerals, you are better off with a water softening system than with an anti-scale system.

If you are searching for a water treatment system that will allow you to enjoy all the benefits that come with soft water use, then a water softener will be a worthy investment. Feel free to contact us for the best water softeners.